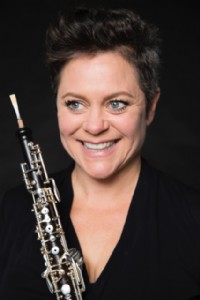 Diana Doherty is described by ABC Classic FM as an “Australian legend and by far and away one of this country's finest classical musicians.” Winner of the Young Performers Awards in 1985 and currently Principal Oboe with the Sydney Symphony Orchestra, Diana's career has included solo performances with all the major symphony orchestras in Australia and New Zealand.
Diana is joined by Alexandre Oguey, Principal Cor Anglais of the SSO and Bernadette Harvey on piano to present a delightful classical program for piano, oboe and cor anglais by J.S.Bach, E. Morricone and J Brahms.

School children Free with paying adult if booked via phone 4723 5050 or the Box Office.