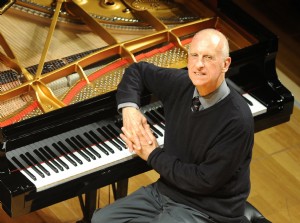 Internationally celebrated pianist, Roger Woodward, is one of the most revered and adventurous pianists of our time. He returns to Australia to perform a program of Chopin’s Etudes and Debussy’s poetic Estampes and L’isle Joyeuse, considered one of the most beautiful piano compositions of the 20th Century.

Roger Woodward is one of the most revered and adventurous pianists of our time. He has collaborated to great acclaim with the world's celebrated orchestras and conductors, including Abbado, Mehta, Maazel and Dutoit. One of Australia’s One Hundred National Treasures, he was awarded Commander of the Order of Australia, Commander of the Polish Order of Merit, and Chevalier des Arts et des Lettres in France. He is also recipient of the Goethe Prize in Germany and the Gloria Artis (Gold Class) in Poland. His concert appearances and recording activities continue to attract exceptional international reviews, confirming his place in the highest echelon of living pianists.

Roger will be available for book/CD signings after the performance.